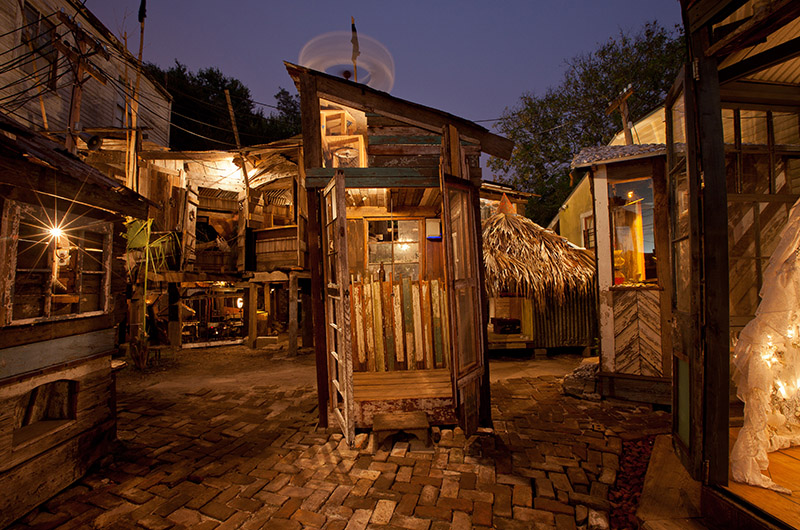 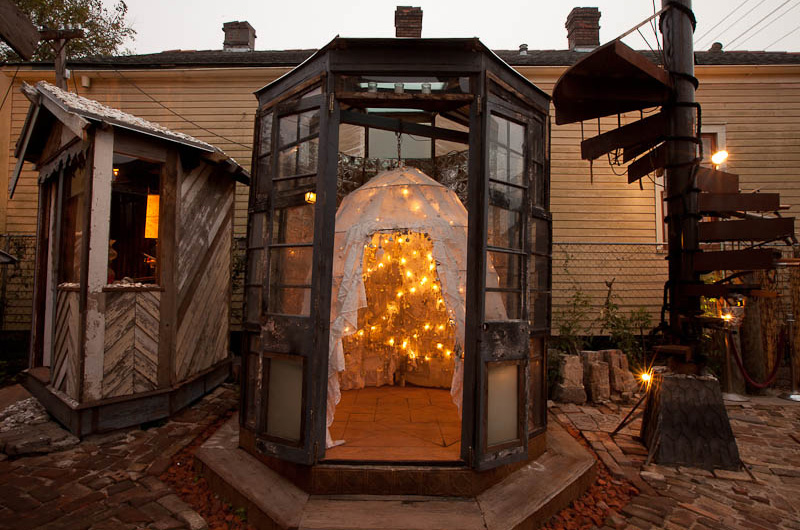 Musical architecture for New Orleans and Beyond!

The idea of Musical Architecture was conceived of by Delaney Martin, Taylor Lee Shepherd and Swoon in 2010. They were inspired by a falling down 18th century creole cottage and New Orleans under-celebrated class of tinkerers, inventors and avant-garde musicians. Seeking to imaginatively reuse of the cottage’s salvaged materials, they combined the two pillars of New Orleans culture, music and architecture, into an idea for a house that could be played like an instrument. Swoon soon dreamt up an idea of what their musical house could look like, sound artist Shepherd thought about how it would work, while Martin imagined how to bring it all to life.

Martin answered this question by conceiving and leading The Music Box: A Shantytown Sound Laboratory in 2011 - 12 as a prototyping experiment for their notion of musical architecture. The installation was made from the salvaged remains of the original creole cottage and created in collaboration with over 25 artists on Piety St. in the Bywater neighborhood of New Orleans. 15,000 visitors came to interact with invented instruments that were embedded in the ceilings, walls and floors of the structures while 70+ musicians from New Orleans and beyond performed orchestral concerts on the structures to sold out audiences. Airlift and our team of artists soon realized that we had outgrown our original site and decided to incorporate the successful village concept into their designs going forward.

Since closing the original Music Box opportunities to create outposts of this New Orleans-inspired project has taken Airlift as far as Kiev, Ukraine and as close as Shreveport, Louisiana where new iterations of the project have reflected local music and culture. At home we are building new transportable musical houses with artists and diverse community partners in anticipation of our 2015 Roving Village Residencies that will take Musical Architecture to diverse neighborhoods around New Orleans.

All these plans are part of our larger vision to build a permanent sonic playground, performance venue and laboratory for musical architecture in New Orleans.